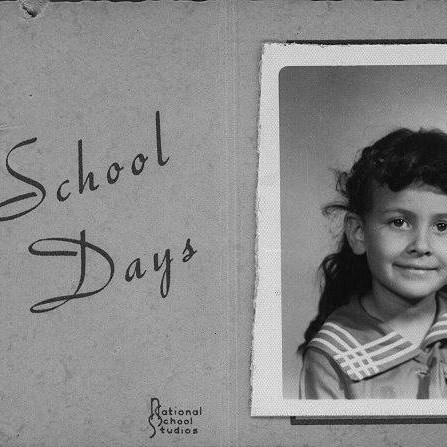 La Llorona (This is the second of three short memoir pieces while I am working, with Norma Elias Cantú, on an anthology about the mythic figure from Mexican folklore.)

One more memory from the house in Devore Heights was looking outside towards the road and seeing a giant orange ball. I did not know what it was, but it looked dangerous. I kept trying to get someone's attention – I think both of my parents were home but busy – until I dragged my father to the window. He called the fire department, but by now the orange had elongated to a pillar of fire. Someone had thrown a cigarette out the window of a car and set a eucalyptus tree on fire. As early as the 1850s (I now learn) the seeds for eucalyptus trees were imported from Australia and used to line many of the streets of California, prized for their quick growth and drought tolerance. The huge trees that lined the road in front of our house were probably blue gums. It turns out their high content of a mentholated oil causes them to burn like torches.

That's what I saw, in my myopic way – a tree turned torch. The children in the area sometimes tried to climb these trees, but the eucalyptus easily shed their bark to reveal smooth, pale wood and grew their branches high off the ground. My mother and aunt often made tea out of the leaves. Listening to the stories of the current fires makes me wonder how many of those blue gums remain standing.

When I was six and in first grade, my father lost his job at the Optimist Boys Ranch and began to work as a substitute teacher in San Bernardino. The story is that the Optimists, most of whom lived in Los Angeles, arranged to have an outdoor luncheon at the ranch. My sisters and some of the boys were put to work as servers, and beer was served, leading to drunken Optimists. My father told them he thought that was a bad example to set for the boys, many of whom came from homes where alcohol was a problem. So, sadly for me, we sold the little house on the hill and moved into San Bernardino, so my father could more easily respond to calls for substitute teachers that often came the morning they were needed. The half-hour drive into town was too long.

221 West 21st Street was the address of the house we rented. It was light and sunny, painted white inside and out, and in a fairly nice neighborhood near the high school. This is when I was told more often, if a man comes up and offers you candy, run away. Is this what every child is told? Someone offers you something good or desirable, so you must run away. I was confused, but I was also an outgoing child, in spite of growing up in such odd circumstances. I visited the neighbors and snooped on their activities. I played with the kids on our block, but no one was as young as I was. I climbed the crepe myrtle in front of the house and whistled like a bird. I guess everyone knew I was around. My father got a full-time teaching position, and we bought a house on the other side of the high school, closer to where he worked at Franklin Junior High on the west side. Another sad goodbye to a house and a neighborhood.

As I got older, the warnings about men grew more dire. Never specific, never an idea of what this person would look like, exactly. Usually it involved getting in a car, and yes, a man tried to get me into his car once. He kept driving around and then trying again, until I ran and hid and ran through different blocks and alleys, only to have him waiting there in his car. He laughed and leaned out the window and said, "That's the most fun I've had in ages!" I picked up a rock and said I would throw it, so he laughed again and drove away. I did not tell my parents, because I did not want to give up the freedom I had walking home from school. It was a long way, but I enjoyed it.

No one ever talked about women offering candy, or trying to get children in their cars. This, in spite of the story of the witch with the house made of candy, or the wolf disguised as the grandmother. Some of my teachers were pretty witchy, and I got sent to the principal's office a lot. Other teachers were kind, and some were both.  Even though my father was a teacher, we never thought of our teachers as being normal people, with the good and bad things in their lives that our families also had. The winds blew hard here as well, but not like in Devore. There were no rattlesnakes or poison ivy, but town felt more dangerous. It was people who were dangerous here.

La Llorona II La Llorona I Adaptation in the time of Coronavirus Persimmons Georgia O'Keeffe's Garden Is this my beautiful house? History is an Act of the Imagination Hard Work Balance and Ursula Le Guin Ten Books I read in 2017 An Anchor Trace Bed Time REC - Resources, Education, Compassion The Culinary Arts and Local Food Vending Veggies The Earth is Flat "Another World is Possible" Another Trip Around the Sun The Deepest Roots is launched! Ten Things a Clueless Eater Can Do Desperation Salad Decolonize Your Diet Utopia, or Dystopia? Golden Summer A Sunny Start Volcanic Explosion? Starvation Foods Mid-Winter Experiment Winter Again An Early Storm Clean berries and dirty carrots June Gardening with Frog and Toad Hope for Trees Happy Vegetarian New Year Roxbury Russets The Rock Farm A Walk in the Park Some Trees The Next Big Thing Walking the Food Forest The Ocean There Is No Free Meatball The Salish Sea II Winter Dreams The Salish Sea Día de los Muertos Tomatoes at Last Let's Garden! with Michelle Obama Hearing moles Trash Talking Crows Who Are My Heroes? On Mirrors March Feeding the Dragon The Gift Even Farmers Have Their Bards Corn Harvest Mora Laughing Crow Farm The perfect Carrot In pursuit of the perfect carrot Visions of Baltimore More than skin deep. The Late Light of Summer Inlandia Readers of the Road The Desert Remembers My Name Interview with the Bellingham Herald Book Expo America Best books I read in 2008 The Widowed Librarian’s Guide to Guanajuato El fin de Guanajuato Suddenly Summer Mas de Guanajuato Artist Trust Fellowship Visit 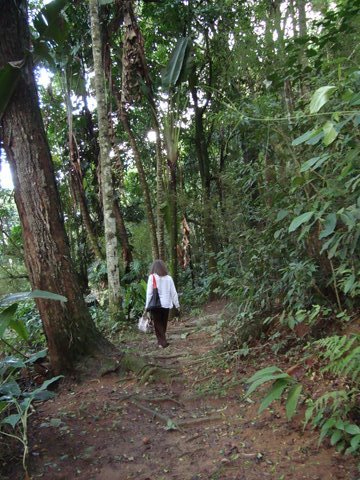