Mrs. Vargas and the Dead Naturalist

Kathleen's first book, Mrs. Vargas and the Dead Naturalist, received the King County Publication Award in 1992. It was published by Calyx Books of Corvallis, Oregon. Two of the stories in this collection are included in the Norton's Anthology of Latino Literature.

August 2012: Corvallis, OR – Mrs. Vargas and the Dead Naturalist includes fourteen magical stories, set in the Southwest and Mexico, that move vividly between realism and imagination. According to author Rudolfo Anaya, Ms. Alcalá “captures the essence of magical realism in her work.” Many of the stories concern the generation of women who lived through the Mexican revolution. Those who survived found themselves in a world dominated by North America but with a nineteenth-century Spanish social structure and a pre-Columbian landscape and sensibility. The stories deal with the inner lives of these women and men, the world of dream and imagination and shifting reality.

Simultaneously, CALYX Books will release selected short stories from the collection to be available for individual download and classroom use including: “The Transforming Eye,” “Sweetheart,” “Gypsy Lover,” “Mrs. Vargas and the Dead Naturalist,” and “Amalia.”

Each story unfolds with humor and simplicity and perfect naturalness into something original and totally unpredictable. Not one tale is like another, yet all together they form a beautiful whole, a world where one would like to stay forever. – Ursula K. Le Guin

Exudes a seemingly effortless charm, piquing the palate with a modicum of Latin-style spice. – Publisher’s Weekly 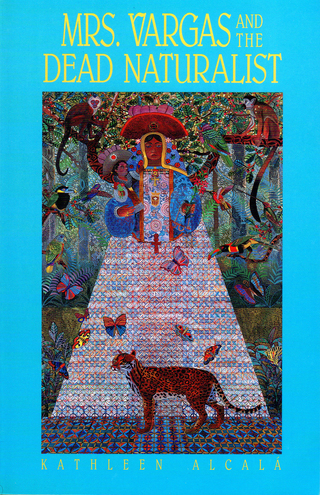