Spirits of the Ordinary

Spirits of the Ordinary, Kathleen's first novel, received the Pacific Northwest Booksellers Association Award in 1998. Spirits tells the tale of Zacarias, estranged from his family and his Crypto-Jewish roots, as he seeks his fortune in the deserts of Northern Mexico. His wife, Estela, and his parents, Julio and Mariana, each see something entirely different in his journey. It has been described by Larry McMurtry as "continually arresting--a book in which passions both ordinary and extraordinary are made vivid and convincing." (Chronicle Books, 1997, Harvest Books, 1998)

Kathleen and director Olga Sanchez adapted Spirits of the Ordinary for the stage, and it was produced by The Miracle Theatre of Portland, Oregon in the spring of 2003.

Kathleen's novels have also been translated into Spanish and Dutch. 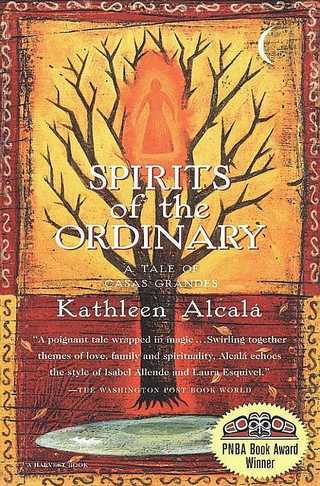