El Paso Was Our Ellis Island

Refugio and Celso Alcalá with their son David after walking north during the Mexican Revolution.

Special to The Times

Late in 1913, a young couple and their infant son left central Mexico for the southern border of the United States. Mexico had become a frightening and dangerous place during the Revolution, and the family's livelihood, training horses, ended with the theft of their stock.

The family did not undertake this journey lightly. The woman's parents had likely been murdered. She never spoke of it, but raised a younger sister along with her son. Their goal was a city more than 870 miles away — El Paso del Norte — the passage to the north through the mountains. The man and his father had already made the trek once, and been assured of jobs with the Atchison, Topeka & Santa Fe Railway Company if they brought back more workers. They called their neighbors together and said anyone who wanted to go with them was welcome; leave everything but what they could carry, and bring extra shoes.

The family started out on the train, but shortly the tracks were impassable because they had been blown up by the revolutionaries. The family walked.

And walked and walked. It was a nightmare scenario of death, of illness, of lack of water. Of hiding from the Mexican Army, which was seizing and conscripting men, revolutionaries and criminals taking advantage of the chaos. People died, and a baby was born. At the border, a kind American woman took in the party of survivors and nursed them to health in her own home.

Sure enough, the railroad gave them jobs. They were soon on their way to Kansas City, Missouri, to join a settlement of other Mexicans that had been growing since the 1870s. Washington state shares this heritage, as described by Dr. Erasmo Gamboa in his book, "Bracero Railroaders: The Forgotten World War II Story of Mexican Workers in the U.S. West." This is a very American story. El Paso is our Ellis Island.

Historically, the United States has welcomed foreign workers when it needed labor, and expelled those same people when economic or political pressures dictated otherwise. La Matanza in 1915 and the 1943 Zoot Suit Wars are two examples of murder and expulsion when Americans or the American government sought to appropriate land or blame immigrants for the larger ills of this country. Need I mention the Indian Wars, which were, basically, slaughter?

Because of the U.S.'s practice of African slavery, other groups, such as the Chinese and Japanese, have suffered from the treatment of people as commodities to be owned or eliminated. The two World Wars taught us nothing. Humans are just as eager to kill each other now on a mass scale as we were more than 100 years ago.

My father grew up and worked hard to obtain an education a full generation before many, and I benefited from that head start; my family could imagine women with college degrees.

But generations later, we are still the "other." Demagogues like President Donald Trump whip up short-term support by calling on the crudest aspects of public sentiment. We enable his followers to own guns and hide behind a poorly interpreted Second Amendment. The gun industry consists of people who remain nameless and faceless even as we watch our children die. The fickle finger of madness is pointing at brown people right now, but when the Irish began to immigrate to the United States during the potato famine, they were not considered white: The railroads paid them even less than they paid Mexicans.

You can pretend that babies in cages, mass shootings at an El Paso Walmart or young black men shot by police officers has nothing to do with you, but it does. We are capable of better. We can imagine a safe place for all children, self-determination for women and a fully functioning democracy.

Stand up against evil. Or who will stand up for you?

Kathleen Alcalá is the author of six books, most recently, "The Deepest Roots," and lives in the Seattle area. The daughter of Mexican immigrants, she was born in Compton and grew up in San Bernardino. 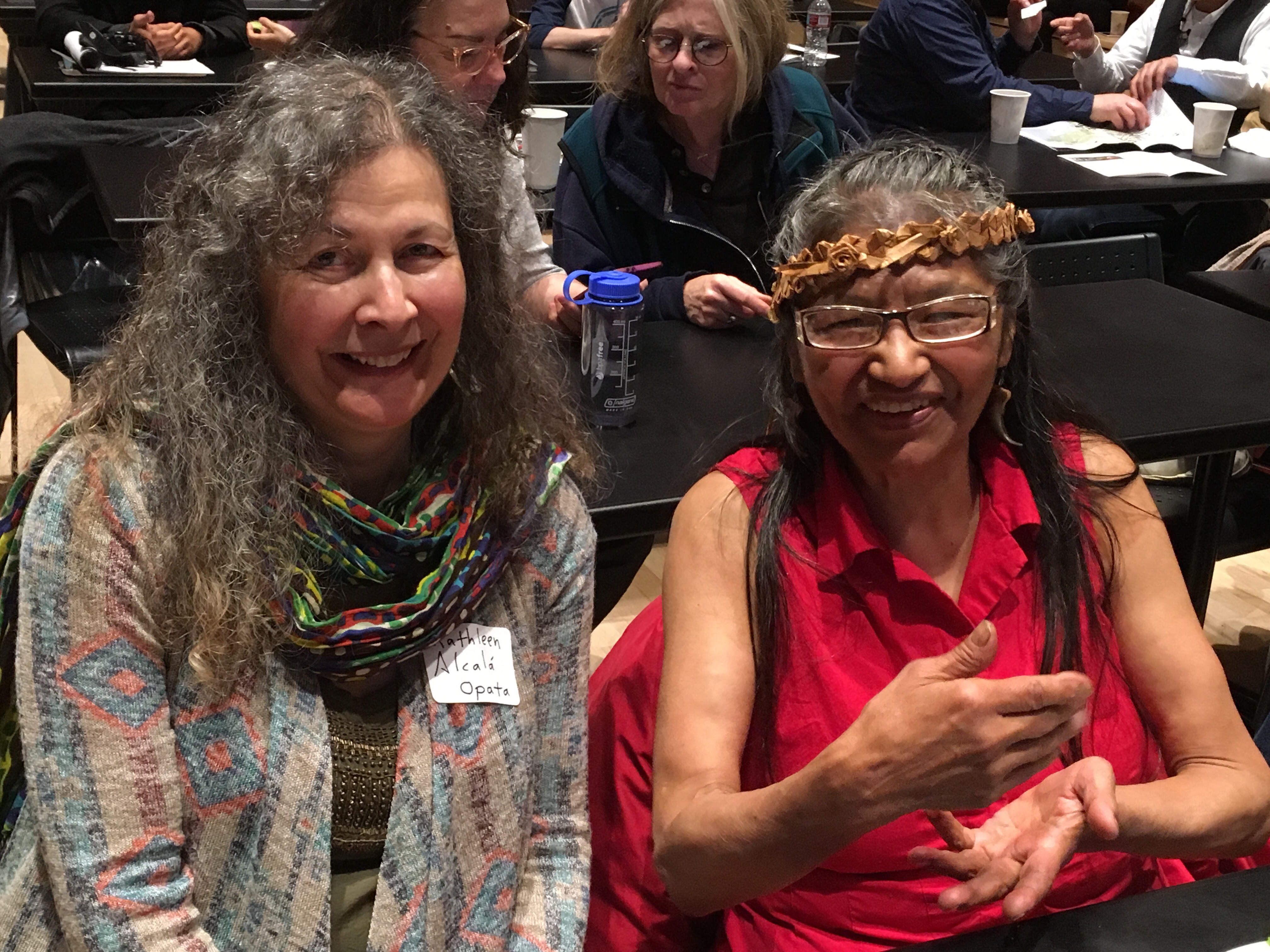