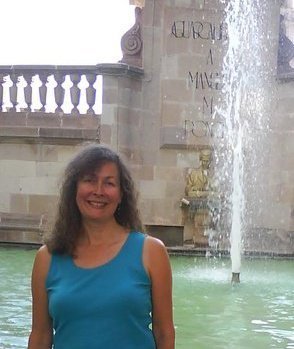 A reflection on my one encounter with Carlos Fuentes

This is a small story, but I wanted to get it right.

In 1997, shortly after the publication of my first novel, Spirits of the Ordinary, I was invited to read at Bumbershoot, an arts festival in Seattle that used to include literary events.

Carlos Fuentes, it turned out, was the star feature, and I was to read with him. I have no idea why he agreed to read at Bumbershoot. Maybe they offered him a nice honorarium, or maybe he had friends in the area he wanted to visit. A scant fifteen years ago, literature was not yet dead, and the book was still a viable vehicle for story and ideas.

Luisa Valenzuela, an Argentine novelist and journalist, was in the Green Room, her arm in a splint from a recent auto accident. I think Valenzuela was there to hang out with Fuentes, since she had read the evening before. I don’t remember seeing Fuentes in the Green Room. Looking in the archives, I see that this was part of a “Four Before” series that preceded Bumbershoot, and was made possible by a Lila Wallace Foundation grant. Other writers, spread over four evenings, included short-story writer Grace Paley; novelist and nonfiction writer Michael Dorris; award-winning poet Juan Felipe Herrera; and Quincy Troupe, the African-American poet and biographer of Miles Davis.

"The series is intended to be an exploration, through our literary artists, of how we shape and form culture, and of the diverse voices that make up whatever culture we are becoming," according to Judith Roche, the Seattle poet who was director of Bumbershoot's literary program for many years. This is according to the Seattle Times archives. http://community.seattletimes.nwsource.com/archive/?date=19920712&slug=1501803

We read in the Bagley Wright Theatre. The Yaqui poet and artist Anita Endrezze preceded me. We were among local and regional writers included in this series. I remember being introduced by Shawn Wong from the University of Washington, and getting up to speak. I made the mistake of looking out across the audience just once. A spot nearly blinded me, and their was not an empty seat to be seen. If I looked up again, it was not to see the audience, but to pretend to see the audience.
Rather than return to the Green Room, I sat in the lobby and listened to Fuentes read through the loudspeakers. I don’t know why. It seemed like a turning point of some kind, and often I do turning points better alone than with other people. I have no idea, now, what he read.

That reading, before a too-large crowd, was one of the most terrifying moments of my life. Years later, it is still difficult for me to read in public. After, people stood in line for over an hour. They brought Fuentes stacks of books and poured out their own stories to him in English and in Spanish, how much he had meant to them through the years.

Fuentes was unfailingly polite and patient, taking time in between signings to make small-talk with me as a trickle of readers brought me books to sign. I told him about my next book, based on my great-grandmother, an Opata Indian, and Fuentes shared that one of his grandmothers had been Yaqui. We, including Anita, laughed at our mixed up but typically Mexican backgrounds.

A woman came up to accuse me of being anti-Semitic, because one of my characters is Jewish and seeks gold in the desert. He is based on my great-grandfather, I said lamely, thinking that would explain everything. It did not. Here was a woman who had a mono-cultural, European-based relationship with her Judaism, and I could not begin to share my background with her if she was not open to it. People have objected to a lot of things in my books, but that was the only time I was accused of being anti-Semitic.

Yesterday, I looked in my bookcases until I found the book I purchased that evening, The Buried Mirror. It is a series of essays on history and culture, written to accompany a BBC series, printed on heavy paper with illustrations. It seemed expensive at the time. Fuentes was kind enough to sign it “and for Kathleen, with admiration.”

On the back of the book is a quote from inside. It says,

what a beautiful and important story. Thank you for sharing.