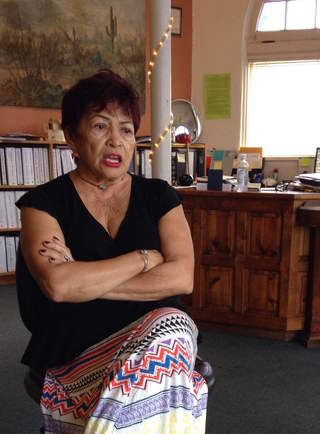 "God is change." At least that is what Lauren Olamena, the main character in "The Parable of the Sower," by Octavia Butler, believes. My students are reading books about dystopias, or very imperfect worlds and societies, right now. Each of these books makes me reconsider the world we live in. It is a dystopia for many people, while it is a paradise for others. I'm fortunate enough to live in a near-paradise.

The question I must come back to again and again, is how can we share this state of being with a wider range of people? What does it take to spread paradise? Or are we doomed to live in a world where starvation and exile is the most common condition?

I still do not think so. A very small number of people control almost all the resources of the planet. By promising a wider group a miniscule share of it, they retain their power, and the poor become poorer and poorer. The worse this gets, the more the middle class of the world will have to shoulder this burden. In her near-future novel, Butler describes a California reduced to walled neighborhoods as armed camps, defending themselves from the homeless, while fires destroy what little is left.

Yesterday, I spent the better part of a day in Nogales, Sonora Mexico. Here, the poor from northern Sonora gather in hopes of jobs and economic opportunity, or a chance to cross the border and seek better lives. It's better than Butler's world, but one can see the direct failure of NAFTA to benefit anyone other than the transnational corporations that helped write it. Once, when people were migrating from Europe, the phrase " seeking better lives" was considered respectable and honorable. Now, it places people, migrants, in a lower position than political refugees. Watching your children starve or watching your children murdered seems like a pretty hard distinction to make.

I met a woman named Teresa Leal who has spent her entire adult life advocating for the indigenous people of the area. Leal cut her organizing teeth on the United Farmworkers movement of the 1960s and 70s, and is now director of the Pimeria Alta Museum of Nogales, Arizona.

"Time changes, but the issues don't change." To Teresa, clean, free water and air are as important as food sovereignty, or control over one's own food sources. She possesses a tireless spirit while keeping her feet planted firmly on the ground.

I can only hope to offer a glimpse of her vision in my writings about food. But as long as we are complacent with access to endless amounts of food and water while others starve, in North Africa, in Syria or along the border fences of Europe and the United States, no true utopia can exist.